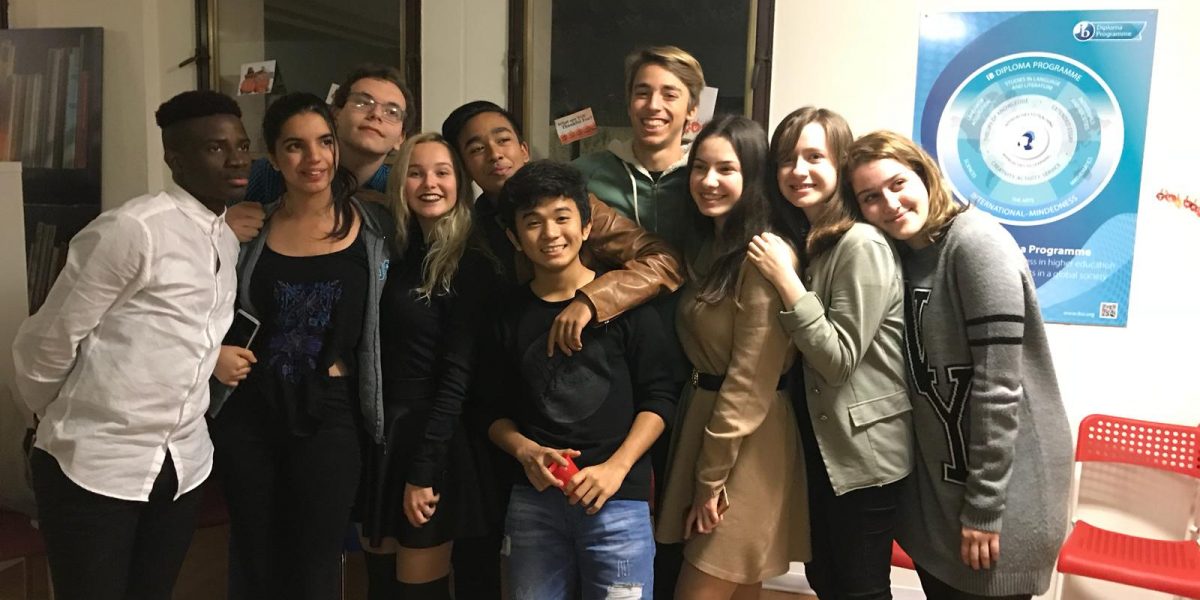 On Wednesday the 28th of November, here in GSO we (students) organised a Thanksgiving dinner. We wanted to make people aware of how lucky they are being loved and show them our gratefulness. The Thanksgiving dinner is an event which has the purpose to promote the gratitude and the love in our environment.

The dinner started at 7.15 pm and it took place downstairs, before the beginning we managed to lay the tables with funny glasses and dishes. Everybody was cooking in the kitchen and the smell in the air was very good. We all put a lot of efforts to get everything ready and we all had some different work to do.

Since our environment promote the multiculturalism, international people had the opportunity to taste the Italian food which they are not familiar with but also to cook their own food to let it be tasted from all the members of GSO.

Before eating Giacomo, an IGCSE student, gave a speech about the dinner and asked all the people who prepared something to present their own dish which was on the table.

We had a lot of amazing dishes from all over the world such as the Cornbread with Cranberry Sauce made by Ms Kim, Čevapčiči made by Mr Matija, Tortillas made by Blanca, Tiramisù made by Sara’s mom and much more.

At the end of the introductory speech Giacomo told everybody that they could find their Thanksgiving Cards hanged on a rope like the lying cloths after the washing machine. Right after the speech everybody started eating and enjoy the moment all together.

After the dinner we played a game where every person had to close their eyes and listen to the given instruction by Oliveira and Sithis. Basically they called six people per time and pronounce a sentence for which those six people had to go and hug, kiss, or touch the person they thought they were thankful to, happy to have next to them but without talking. Indeed the sentences pronounced by Oliveira and Sithis were like “Now you can hug, touch, kiss all the people you are thankful for” or “Now you can hug, kiss or touch all the people you think have cool personality”, etc… The dinner had a great success and we are very proud of the result, we would like it to become a tradition of GSO where every year all the people can remember how lucky and grateful they are and should be.